A few years ago, we wrote about the FIFA corruption scandal at the time as “business as usual.” The United States Department of Justice had indicted 14 current and former FIFA officials with “rampant, systemic and deep-rooted corruption” spanning 24 years. With high ranking officials finally being held accountable, we were hopeful that corruption would no longer tarnish the game.

Apparently, the indictments of 2016 did not serve as a deterrent as we had hoped it would — at least not to former Liberia FA president Musa Bility or former Super Eagles coach Samson Siasia. Bility and Siasia are but two recent examples of the deeply rooted culture of corruption in FIFA football and sub-Saharan Africa in general.

This summer, FIFA banned Musa Bility for ten years from all football activities at the national and international level as well as fined $507,200 for misappropriation of funds, offering and accepting gifts, and other benefits and conflicts of interest. Among the money Bility and his family allegedly receive was money from FIFA’s "11 against Ebola" campaign, which was intended to help combat the spread of Ebola.

This past week, FIFA also banned Nigeria’s former Super Eagles coach, Samson Siasia for life and fined him $51,000 for accepting bribes in relation to the manipulation of international matches by Wilson Raj Perumal. Perumal’s match-fixing scheme has already resulted in lifetime bans of several players and officials.

So, despite international indictments that shook FIFA back in 2016, we have players, referees, and coaches who apparently have no qualms about accepting bribes, looking the other way, or otherwise benefiting from fixing a match. We have Liberia FA’s president who apparently doesn’t see anything wrong about accepting illicit payments from LFA (Liberia soccer federation) accounts — and worse, charity accounts meant to help prevent the spread of a deadly disease in his own country.

Like many things, a culture of corruption doesn’t just happen overnight. It’s not something that’s isolated to one or two individuals. Rather it is a culture that has evolved — and it starts at the top. There are many instances of FIFA corruption at the highest levels (check out this paper, FIFA Corruption: What is to be done? to read all about them) and many, many, many more cases of corruption in Nigeria and Liberia governments. Not only is corruption rampant in football, many of these players and coaches grew up in countries where corruption is practically normal.

Corruption is so deeply rooted in FIFA, Liberia, Nigeria, and other African countries that a few bans here and there probably won’t have the impact we’d like them to. We must change the culture of corruption both in FIFA and back at home where future players, referees, and coaches are currently growing up. 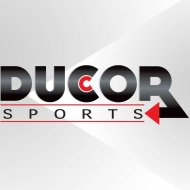