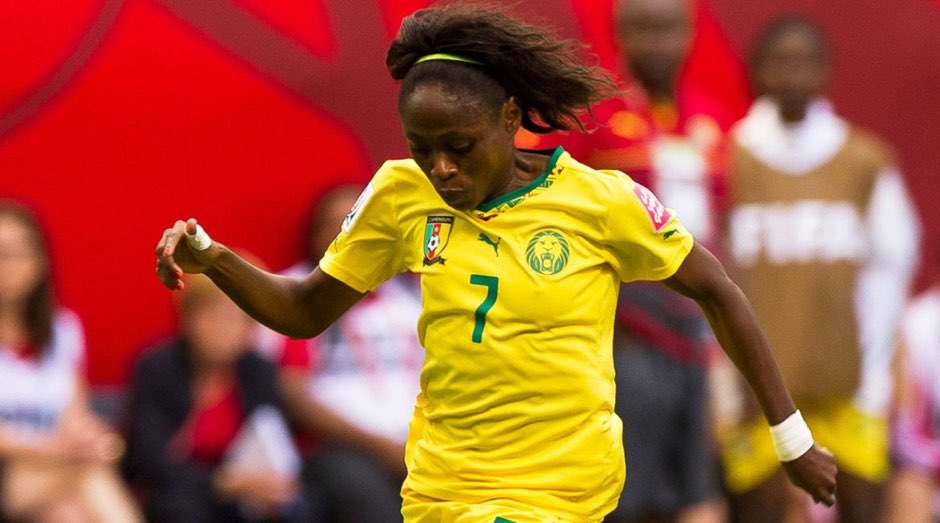 Cameroon forward Gabrielle Onguene has revealed her expectations when they face Canada in a Group E match of the 2019 FIFA Women’s World Cup at the La Mossom Stadium in France on Monday.

The CSK Moscow striker has been an integral pillar for Indomitable Lionesses frontline in recent years forming an impregnable partnership with Gaelle Enganamouit.

Onguene pointed out that they are well poised for the encounter and their aim is to get a win.

“Our country loves football so much and we have to make the people proud of their Lionnes Indomptables. We can already feel a real buzz in the air, and it’s not because of pressure or stress: it’s people supporting us and showing a lot of enthusiasm. It’s our duty not to disappoint them in the opener,” she told FIFA.com.

Onguene made her international debut in 2012 when she represented Cameroon in that year’s summer Olympics scoring the team’s lone goal in the tournament.

During the 2016 and 2017 CAF awards editions, she is classified second best African female footballer behind the Nigerien Asisat Oshoala.

Onguene, who is also known for her swift and tactical game style, was part of Cameroon squad that made first appearance on women’s football’s greatest stage in 2015 where they reached the Round of 16.

Cameroon secured their place at the 2019 World Cup by beating Mali in the third place play-off at AWCON 2018 which took place in Ghana earlier this year.

The Indomitable Lionesses under coach Michaela Abam are billed also to slug it out with European champions Netherlands and  New Zealand in the other two group matches.