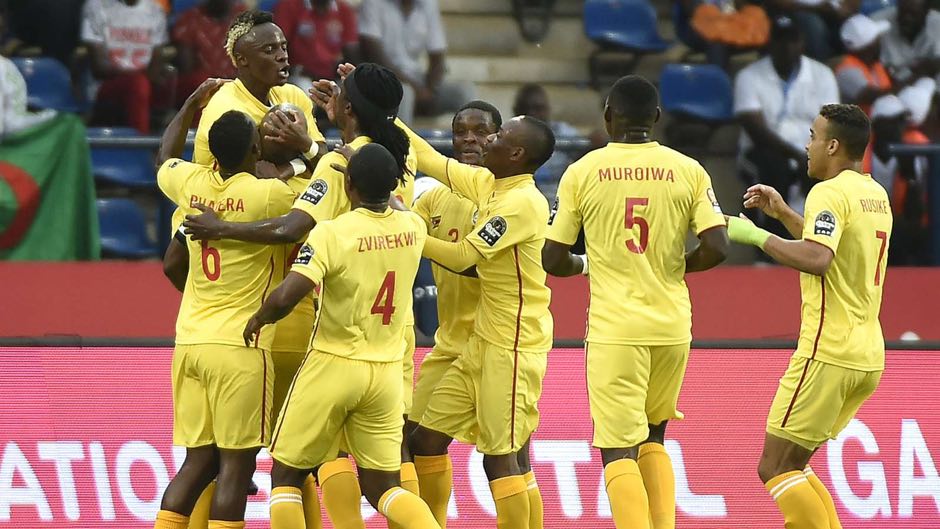 Africa Nations Cup 2019: No Katsande Or Chicksen in Zimbabwe Squad

The duo of Willard Katsande or Adam Chicksen are among the high profile names missing in the squad list that has a huge chunk of players whom Chidzambwa called during the tournaments qualification stages.

Katsande is being omitted despite having a splendid season with South Africa giants Kaizer Chiefs while Chicksen is understood to still be recuperating from an injury setback that has forced him to undergo surgery.

Cape Umoya’s defender Eric Chipeta is another player to miss out as is goalkeeper Donovan Benard.

Knowledge Musona, Khama Billiat and Marshall Munetsi are some of the star names in the squad that also has veteran forward Nyasha Mushekwi.

However, there was one surprise inclusion in the form of Thabani Kamusoko of Dar Young Africans.

The Warriors will play Super Eagles in a pre-Afcon friendly on June 8 at the Stephen Keshi Stadium in Asaba, Nigeria.

Zimbabwe are in Group A, which also comprises hosts Egypt, Uganda and the Democratic Republic of Congo (DRC).

The Warriors will open their campaign with what appears a tough match against hosts in the tournament opener on June 21, before playing Uganda five days later.

They will conclude their group matches with a tricky match against the DRC on June 30.